Orc Mage - The tale of the unplanned album 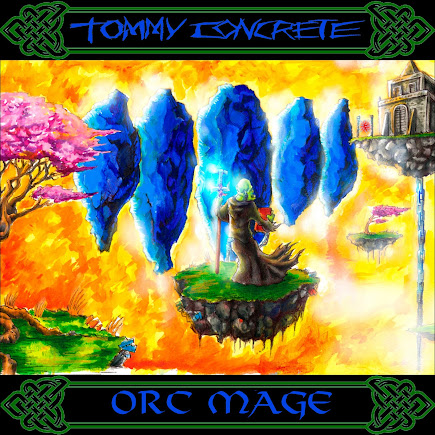 Emperor of the Moon 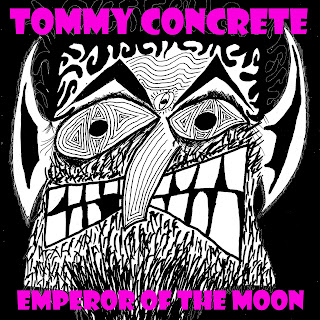 This album happened on a spare of the moment evening when myself Mike Sowerby and Patrick Tobin were hanging out in Room Room studios and decided to record some jams....
We have quite a musical history between us, Paddy & Mike playing together in the psychedelic rock band The Last People on Earth. Myself and Paddy go back playing in metal and rock bands since 1990, those being Warp Spasm, Cosmic Juggernaut & Concrete Head. The three of us recorded several albums under the name Doomlord & Mike drummed on two previous solo albums of mine, namely The Wizards Bones & The Necromancer. 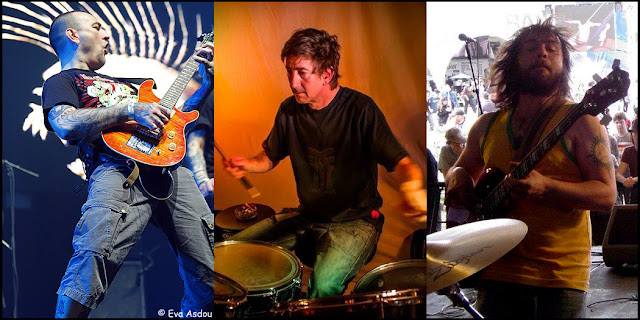 At the point of recording this album, I was playing guitar for infamous punk band The Exploited and had for the past four months played only Exploited songs, so when we got to jam I was more than ready to relax and just improvise on some riffs totally at odds to what I was currently playing.

We recorded seven jams that night and if we may say so ourselves, it was absolutely happening... There is always a factor of hit and miss in improvisational music, but sometimes the stars align and they certainly did that night.

The plan was to come back at a later date and, trim some of the jams (they were great but not perfect), add vocals, solos and possibly some other instrumentation.... But disaster struck and due to a series of destroyed computers, the original jams were lost....

Studio footage from the original session.

Six years later, I find a memory stick at the back of a box, with no idea what was on it.... so I stick it in my laptop and am blown away to find all seven jams mixed to stereo wav files.... All I had to do now was finish it. I didn't feel like rushing it and really wanted to wait for the 'right moment' to work on it again. The 'right moment' occurred when I found myself with four days off at the beginning of November 2017. I was supposed to be going on tour with my band Psychotic Depression and Battalions, but unfortunately they had to pull out and the whole thing got cancelled at the last minute... So I figured, I had four days off work that I planned to be filling with music, it was a perfect time to make good out of a bad situation and I spent the four days adding vocals, solos, editing, mixing and finishing off the album.

To keep with the spirit of the original evening, I didn't spend ages over the overdubs and went for spontaneous takes on the solos and vocals. Most of them are largely instrumental, just because it just feels like that is how they should be. What lyrics that are on them are based on the file names that the jams were saved as, I didn't want to make it sound like the overdubs and words were done so many years apart, and tried to utilise as much of the original vibe and improvisational spontaneity that the album was born from.

Trying to describe an album based around improvisation in terms of influence is sort of impossible by definition... It is simply a representation of myself, Paddy and Mikes musical connection and history unleashed into forty minutes of a power trio enjoying life and doing what we were born to do.....

It's a trip and a journey which I hope you enjoy. 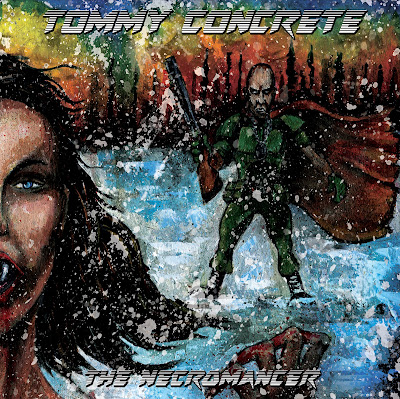 Wow, so here I am sort of in a bit of disbelief at the concept that this album is actually finally finished and released. It's quite a long story this one, the whole thing went through so many stages it is unreal, ten and a half years from playing the first note to actually having a finished CD. Some of this album was recorded under so much duress I am amazed not only that I managed to finish it, but that I survived with my sanity mainly intact. Anyway, enough of that as I wouldn't change a second of it, to me, every note oozes uncompromising belief and blind determination, makes me feel triumphant and I hope folk like it! Yeah, so this is the full unadulterated story from start to finish of The Necromancer.....
Read more » 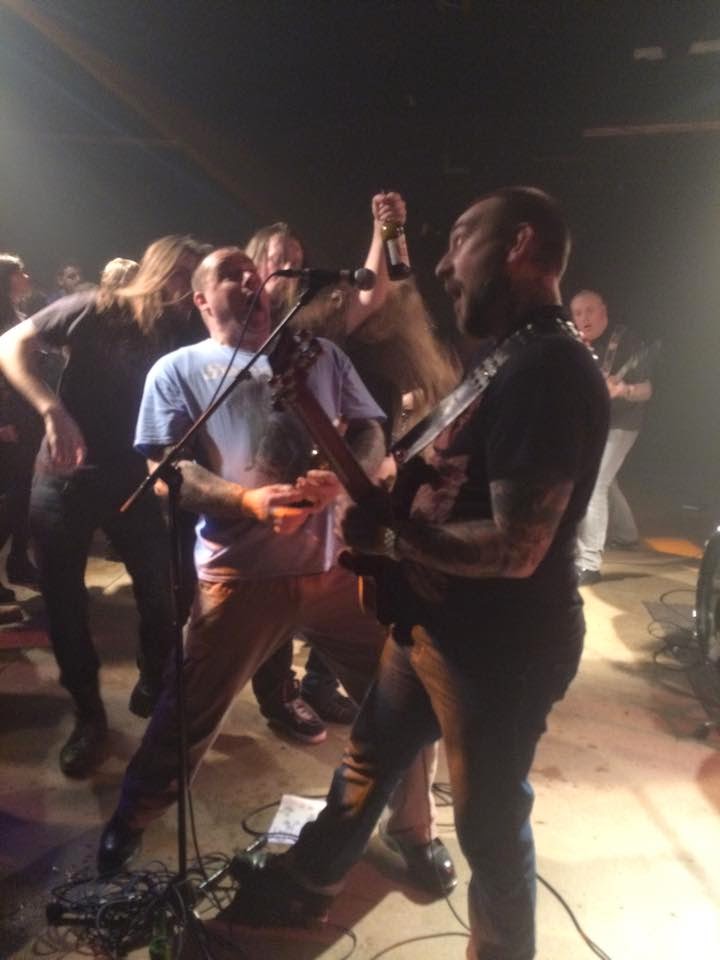 It's always nice to have a gigantic intimidating skinhead in a Status Quo Blue for You shirt playing a solo on a beer bottle as you play your guitar. If this is an experience you are not familiar with then I suggest you try it out immediately. This was quite good, more often than not the wha-wha pedal controls your own facial expressions, occasionally it controls the facial expressions of audience members. In this instance, the wha-wha pedal was in charge of us both. In case you didn't already know, this particular old-school giant is Matt who plays bass for Mastiff and Shitball.
Read more »

Email ThisBlogThis!Share to TwitterShare to FacebookShare to Pinterest
Labels: Pictures, This Can't Get Any Worse, Tommy Concrete and the Werewolves 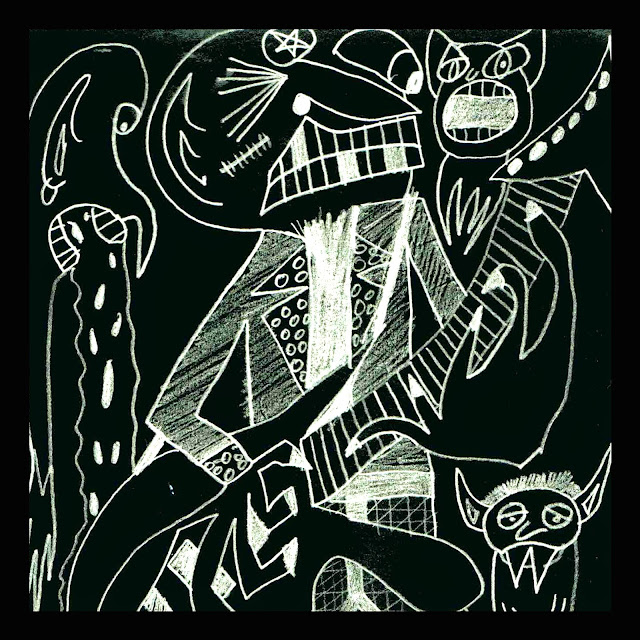 Five tracks of psychedelic punk rock and roll, recorded at mountain sound studios in Hull December 2013, produced by Paddy Tobin. Out now on Howling Invocations! Everything played and sang by Tommy Concrete except the drums which were hit by Paddy. This EP was done in one seventeen hour session, for no reason other than why not. The whole thing was written, recorded and mixed on the spot. I had no equipment of my own with me and just used the studios interesting and unique collection of weird old valve amps and guitars that I really wasn't used to. The whole thing was very interesting and I am pretty happy with what I came out with. 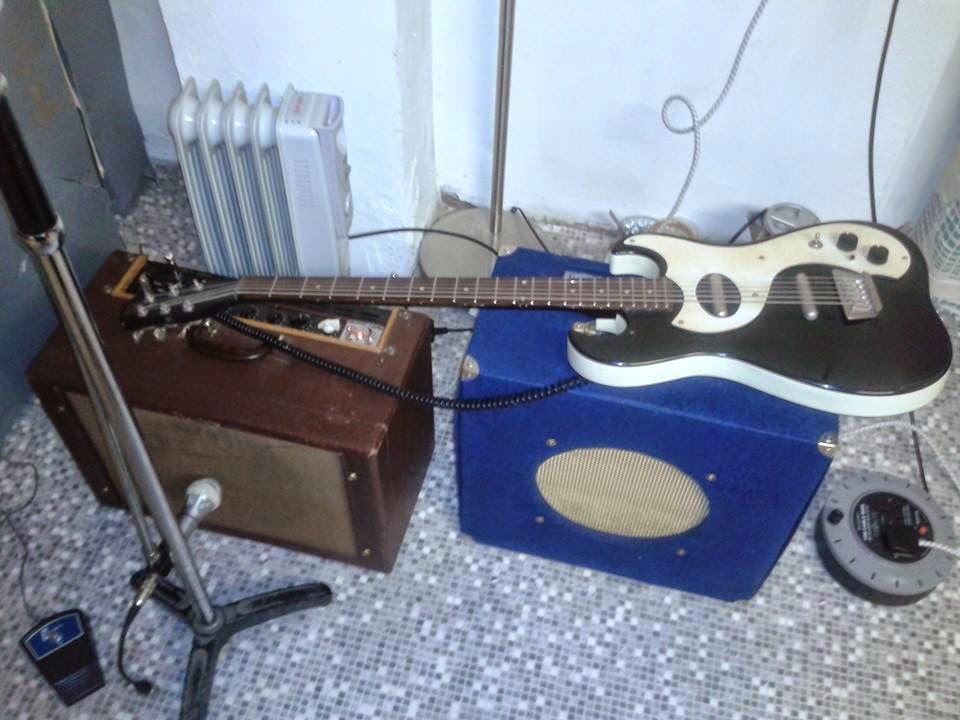 I'd never even played a baritone guitar before and totally fell in love with it, all the songs were written on this, these are a couple of the fucked up old valve combos that I used for everything, really really nice sounding even though I couldn't get them to distort! I let the equipment lead me as to what the music should sound like.
Read more »